People know me know I wear my loves on my sleeve. Star Wars is part of my building blocks and fuels my imagination. That world is precious and dear to me but I also know that isn’t an anomaly in the world. Its been dream kindling for 40 years.

If someone came to me and queried, “Wanna make a Star Wars movie?” I know I would say yes and worry about how after. Why? For me, it’s because that is part of who many creative people are.  The problem is, then, you have to figure out how to make Star Wars.

This is where it gets tough, so tough, that the creator of Star Wars tapped out a few years ago. We are about to get a third movie this December, then another one in May. Every movie since has been a slog for every director (Rian Johnson may disagree but time will tell) and the whole world has an opinion on if those movies were done right.

Intention and desire, one cannot use those alone to make a good movie.

So when you read that the director of the next one (Episode IX) has left over creative differences with LucasFilm, your mind begins spinning. I am resisting the temptation to build this up too much in my mind. I am trying not to be critical or make ASSumptions.

I gotta admit, that wouldn’t be an enviable decision to have to make and though, the tougher question is now, who really decides what is the right way to make Star Wars?

George maintained because he started it, he was the decider… Until he didn’t and walked away (happily too, and I say that without judgement.) So is LucasFilm the decider? They have a story group, several varied creators, and a family of writers, producers, actors, directors, past and present, that would say they know… But the hydra doesn’t always know what direction is the right one.

And then there is the fans. Look, fandom is something I can weigh in another time on, as a part of it, and with some rigorous contorted perspective, outside of it, but sufficed to say, there is no true consensus there to be found.

I feel for Colin Trevorrow, to walk away (as far as we know right now) from the dream of many creatives, to play in this sandbox. I also though bet he is relieved. He got to be there, he got to play in that space, he got to be part of that world… And maybe, rather than finishing the job, that is the real prize, just to get to participate. Because, once what you do is canon, you are cannon-fodder. Once you say, “I made this and it is Star Wars.” It is not yours, it ours.

I am glad there is new Star Wars and I love revelling in the culture of Star Wars, but, a part of me wishes it was still just mine. Perhaps the future of Star Wars is better in the story that isn’t told. I realize that the lid is the box and the utter has been tapped so that bantha udder is gonna be squeezed until is sprays blue dust though.

Thanks Colin, I hope your next project blazes and inspires you.

Have you ever felt like you walked one direction you thought was right but can never figure out if it really is? I do all the time when I think of my work in the last few years…

Now I know some things are exactly where they should be in my life, a few years ago I was a divorce and single I am now remarried and my wife has made me complete in fulfilled happiness in a way I didn’t think possible. My sons thrive and give my life meaning in a way I could of never imagined and they growing into great humans (like 97% of the time right?). I feel like so much in my life is on track but something still is alluding me – success and fulfilment in my career just isn’t coming into focus.

The last time I posted and used my site, I thought being a graphic designer was what I wanted. I was freelancing and had just gotten what I thought was a satisfying full time position. My career was tracking forward and I had some confidence in that and around my ability to do this…

Cut to four years later and I have worked for two different companies and now have been let go from my latest job after two plus years. I am crestfallen, left trying to figure out what my next steps are. I can visualize some of those steps, I am fighting a huge internal battle – a war with my reality (my responsibilities, my debts, my feelings of defeat) and my desire to find the way for me to have a career that I love, that makes me want to wake up and move forward with enthusiasm. A job that not only sustains me, but supports me and my family and lets me finally see an independent future.

One problem with working in my last two jobs was that I wasn’t working and making Portfolio worthy material. In retrospect, I wasn’t passionate about the projects I was working and I knew that then and now. I know one side of me is saying that work is work, but, I am wired a very certain way and I need to believe in what I am doing to be good at it and I often quite that voice with excuses, putting the short term needs over the bigger picture and long term goals. To just make it through the day, week, month to keep afloat.

I was working at a job and my job required me to do work and most of what I did was was trying to make something from nothing, welcome to designing mass small projects for a bevy of customers that think what I do is free and that they know better. The job before that, I worked in such a completely closed in design environment where there was so much micro-managing that I would have to say most of what I did wasn’t mine. So after going through and being with those companies, I am left with piecing together a portfolio from those fragments and frankly, it is daunting.

Also, I feel like I am not really fulfilling myself creatively with doing graphic design. I came to design as a means to an end after my Mother died 18 years ago and over the years it has been a means to an end but, I struggle with being engaged by the work.

I have done Briggs-Meyers (I-N-F-P) and found it rather startling as to how well it encapsulates me. I am researching how I want to proceed. I feel like more and more I am feeling really like I need to diversify. Relying on one employer hasn’t been the best for me. Their is great temptation to take a full time position in your Forties. I have to support a family, keep up with a mortgaged home and self-care with Diabetes makes not having a steady income to count on, a pension and full health insurance also very risky for me.

So yes, in the short term, I meet the immediate needs but, in the long run, I am just digging a deeper and darker hole for myself where I look back and am not happy with what I have made of myself. Some people can just do their job, some people find what they do is enough and find satisfaction outside of work. I find myself struggling against this with every job I take. The voices inside me get louder and louder all the time, screaming at me to stop being what others want for me or need from me and be what I am…

Then, maybe after I give into to that unruly choir, maybe that caterwauling will be sated, the deeper truths inside me can speak out, to remember, to know and realize, what I can be and truly do. 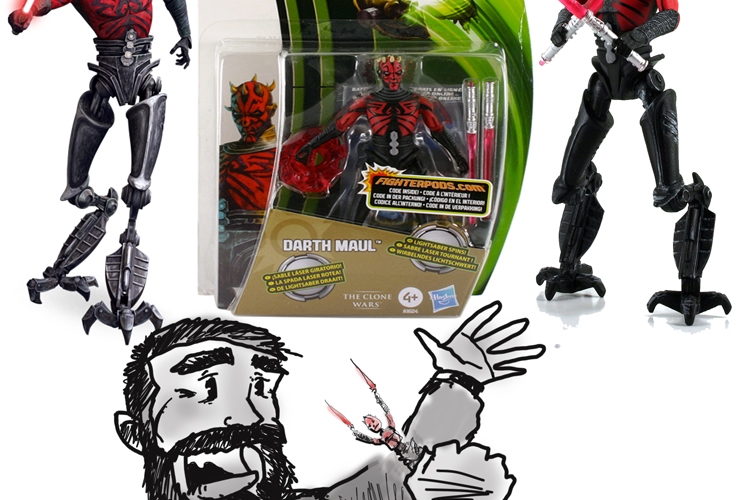 So, yeah, I collect action figures. There I said it. I like toys and at the risk of chasing off attractive women, I will just let it sit there. The design and engineering of toys fascinates me

END_OF_DOCUMENT_TOKEN_TO_BE_REPLACED 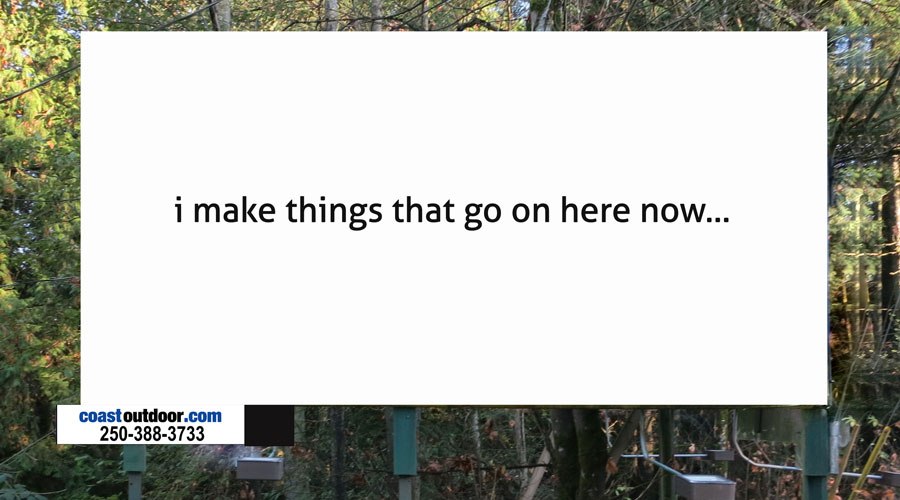 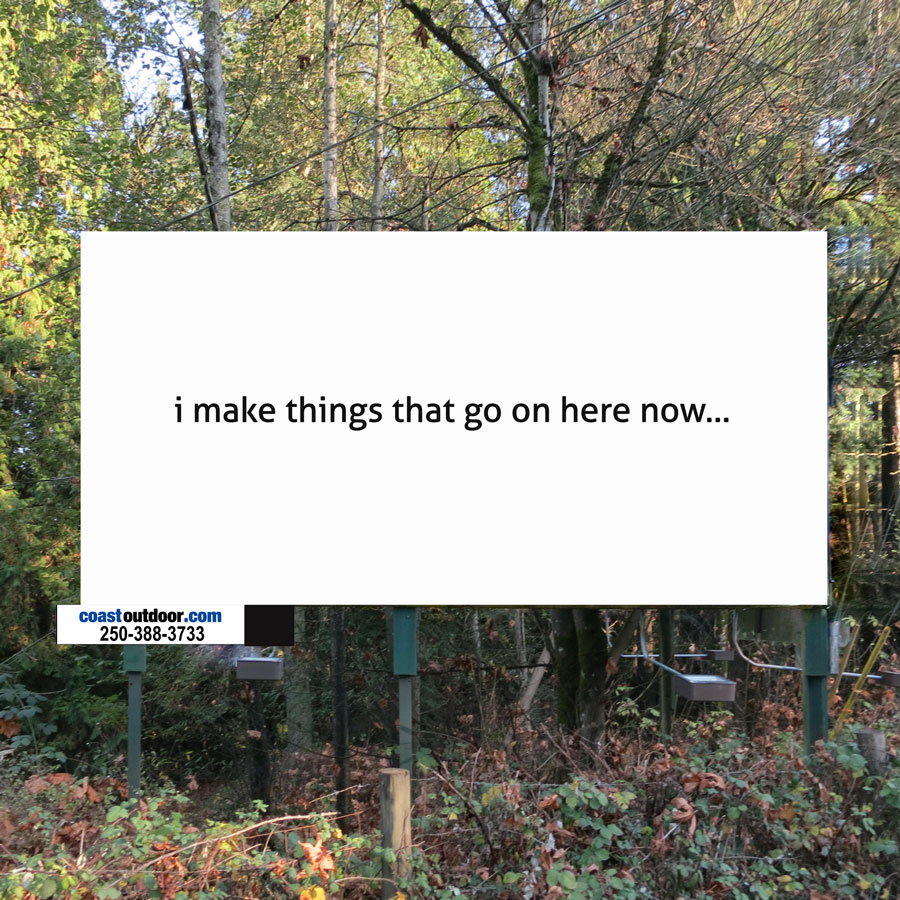 So you know all those billboards on the drive into and from the ferries, I am making some of those now for Coast Outdoor Advertising. Its interesting as an extension of what i was doing in building web advertising… but bigger…

END_OF_DOCUMENT_TOKEN_TO_BE_REPLACED 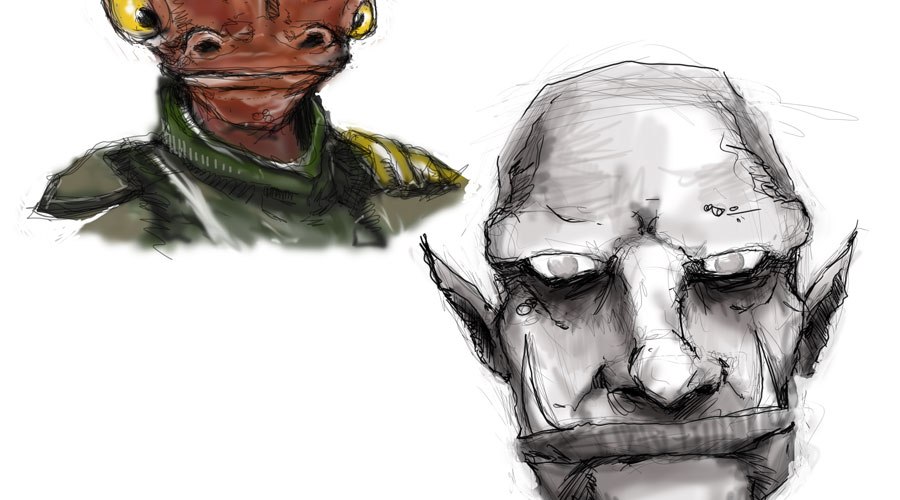 So yeah, i am just validating that I am doing stuff i guess…